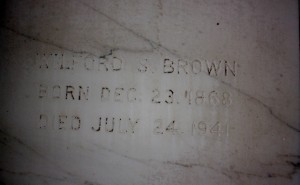 Parentage Unknown; both born in New York according to the census reports 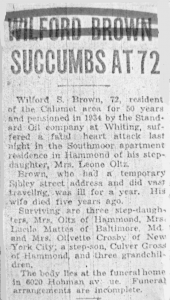 Wilford S. Brown, 72, resident of the Calumet area for 50 years and pensioned in 1934 by the Standard Oil Company at Whiting, suffered a fatal heart attack last night in the Southmoor apartment residence in Hammond of his step-daughter, Mrs. Leone Oltz.

Brown, who had a temporary Sibley Street address and did vast traveling, was ill for a year. His wife died five years ago.

The body lies at the (Emmerling) Funeral Home at 6020 Hohman Avenue. Funeral arrangements are incomplete. 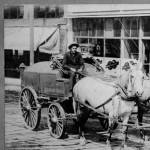 This is not Wilford in the photo, but an image of what a 1910 oil teamster may have looked like 1940 Census: he was not working, living with Lucille, her 2nd husband John Henry Mattes and Lucille’s son Harold Culp in Hammond, Indiana