Elect Board of Trustees- Four to Serve 3 Years, Three to Serve 5 Years 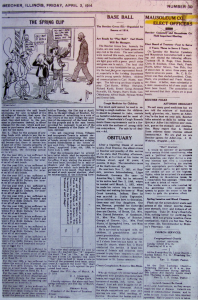 A better, more substantial or a more conservative lot of men could not have been found. The association can rest assured that their affairs are in good hands.