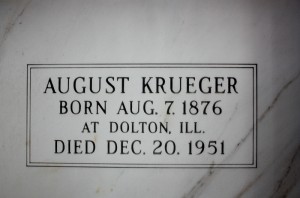 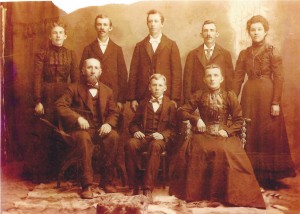 The deceased was born, August 7, 1876, at Dolton. He and his wife, Anna, resided in Beecher for a number of years before moving to Riverdale about four years ago.

Beside his wife, several sisters and brothers survive him.

(Editor’s note: What August’s obituary does not tell us is that August and his wife Anna moved into the home of Carl Vagt, 166 Penfield St, Beecher, after the death of Mrs. Vagt in 1932 and lovingly took care of Mr. Vagt from about 1932-1937)

No other family members are with the Kruegers.  August bought the two crypts in 1944.