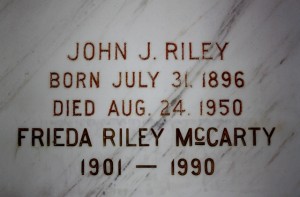 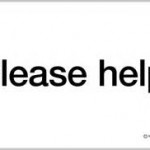 1940 Census: Age 43, married to Frieda, 211 North Homan Ave, Chicago, IL, listed as a Machinery Mover, unemployed 9 weeks, has a source of other income, his wife is listed as Rose (Rose may have been a nick name) with son John, age 8 years

The Coroner’s Certificate in 1950 contains the following information about John: married to Frieda Riley, 3347 Aberdeen St, Chicago, IL, and he was listed as a machinery mover.  The cause of death was organic heart disease, sudden death.

John’s family members also resting in the mausoleum are: