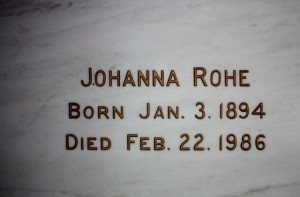 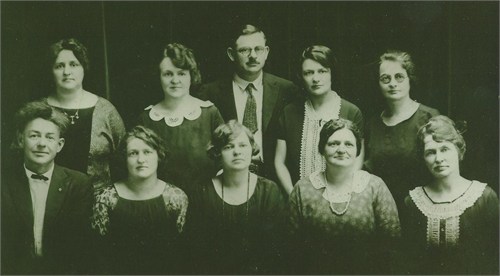 The Rev. Curtis Lyons, pastor of Trinity Lutheran Church in Crete, officiated. Entombment was at the Beecher Mausoleum.

Ms. Rohe was born January 3, 1894 in Crete, and was a lifelong Crete resident. She was a retired insurance broker. 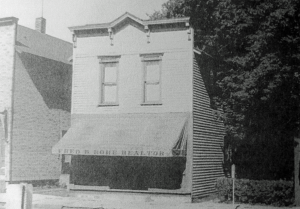 She was preceded in death by her husband, Fred B. Rohe, a former mayor of Crete, owner of the Farmer’s State Bank of Crete, and the Rohe Agency (insurance and real estate) in 1952.

Johanna’s family members also resting in the mausoleum are: