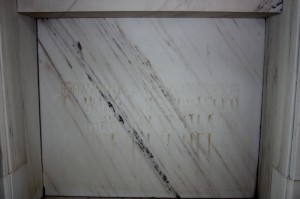 Edward John Wehmhoefer was born in Chicago, IL on Jan. 22, 1878, where  also he was presented to God in Holy Baptism. The parents, locating at Beecher when he was a child, saw that he received catechetical instruction here and was confirmed by Rev. Koch. On March 5, 1905, he was untied in holy matrimony with Miss Charlotte Thiesfeld, Rev. Bierbaum officiating. To this union one son born, who together with his mother, mourns the departure of the father and husband. After living in Beecher some time, when he affiliated with the church, they went to Steger and from there moved to a farm near Monee about seven years ago.

Mr. Wehmhoefer was ailing for approximately three years, yet in the beginning the malignant nature of his disease was not suspected. It was in the forepart of this year that his malady became much worse, causing him to take to bed the latter part of February. From then on it was a time of intense agony and suffering for him. At times he would seem to be improving, causing his relatives and many friends to hope against hope; but on Friday, Nov. 12, the disease became very aggravated, his pain and suffering so intense that his strength was soon wasted away, and he, on Thursday, Nov. 18, at 8:45 a.m., departed this life to a better land. He reached the age of 42 years, 9 months and 26 days.

He leaves behind to mourn his loss besides his grief stricken wife and son, Edwin, two brothers, Henry and William of Beecher; four sisters, Mrs. Minnie Claus and Miss Carrie Hoffman of Beecher, Mrs. Lydia Cole of Steger and Mrs. Clara Peters of Monee, also a host of other relatives and friends, who join with the Beecher Herald in extending to the bereaved their sincere sympathy.

Funeral services were held, Sunday at 12 p.m., at the house and at 1 o’clock at the St. Luke’s Church here, Rev. A B Gaebe of Monee and Rev. H. Siegfried officiated. The funeral was very largely attended and the offerings were exceptionally numerous and beautiful. The remains were laid at rest in the Beecher Mausoleum. 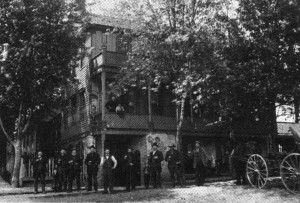 (Editor’s note: There is more to Edward’s life than is written in his obituary. We also know that Edward, at age 22, along with his older brother William, worked at the Hoffman Saloon, owned by his mother Maria Wehmhoefer Hoffman, in 1900.  The 1910 census indicated he was a bookkeeper in the Piano industry. His WW1 registration card and the 1920 census listed him as a general farmer)