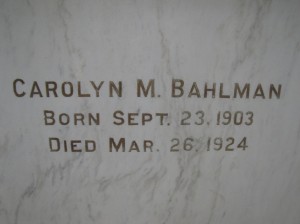 Teacher at the Deeke School  September 1923 through February 1924. 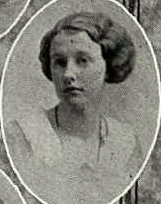 Attended Bloom Township High School, Miss Bahlman was identified with all school activities. She was a member of the girls’ glee club, a member of the student government board and was prominent in school dramatics. 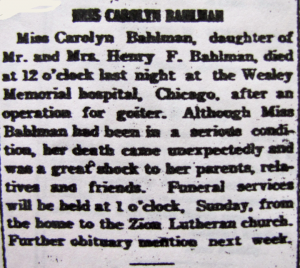 Miss Carolyn Bahlman, daughter of Mr. and Mrs. Henry F. Bahlman, died at 12 o’clock last night at the Wesley Memorial Hospital, Chicago, after an operation for goiter. Although Miss Bahlman had been in a serious condition, her death came unexpectedly and was a great shock to her parents, relatives and friends. Funeral services will be held at 1 o’clock, Sunday, from the home to the Zion Lutheran Church. Further obituary mention next week.

Miss Carolyn Marie Bahlman, whose death was briefly mentioned in last week’s Beecher Herald, was born Sept. 23, 1903, at Eagle Lake, where she spent her youth on a farm with her parents. There she attended St. John’s Christian Day School and was confirmed April 1, 1917. Three years ago she moved to Beecher with her parents, but remained a member of St. John’s Church. In June, 1923 she graduated from high school and began to teach in the Deeke School last September. She resigned on Feb. 2 on the advice of a specialist, who felt that absolute rest would build her up sufficiently to undergo an operation for her goiter. It was recognized as a toxic goiter, but no one could foresee that her system would not respond to any medications administered. When her condition continued to grow worse from week to week, she was removed to the Wesley Hospital, Chicago, where every device known to medical men was resorted to restore her.

At 11: 45 a.m., March 26, a ligation was performed, a delicate operation for one in her condition, but considered the only thing that could save her. She came through her operation to the entire satisfaction of the physicians in attendance, and while hypodermic injections were given throughout the afternoon and night everyone was confident she was doing as well as could be expected. Shortly before she passed away she asked the nurse for a cold application over her eyes and remarked, “That feels good.” A few minutes after 11:55 p.m., her fingers turned blue and was the first warning that Carolyn had answered the “summons to join the innumerable caravan which leads to that mysterious realm where each shall take his chamber in the silent halls of death.” 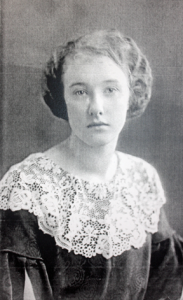 Those remaining to mourn her untimely death are her parents, H.F. and Emma Bahlman, three sisters, Mrs. Lillian Wegert of Chicago, Lora Bahlman and Ferne Bahlman, and two brothers, Henry W. and Donald.

Funeral services were held, Sunday afternoon, from the home to Zion Lutheran Church, where Rev. Richard Piehler, her pastor from Eagle Lake, delivered the German sermon, and Rev. Schuetz, the local pastor, spoke in English. The remains were laid to rest in the Beecher Mausoleum. The high esteem in which the deceased was held was attested by the large attendance at the funeral and the enormous banks of floral pieces.