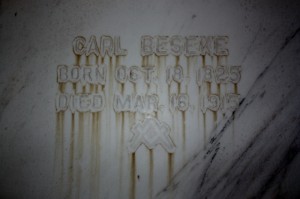 Life was hard on the wide open prairie land.  Eleven children were born to Carl and Elenore, but only five survived into adulthood.

Elenore died in 1899, and Carl married Dorothea Matthias (nee Bock) in 1904. Carl was 79 years old at the time. Dorothea was mother to fourteen children from her marriage to Henry Matthias.

Portrait and Biographical Album of Will County Illinois

Charles Beseke. An excellent example of the results of frugality, persevering industry, and prudent management, is to be found in the life of the above named gentleman, who is numbered among the well-to-do farmers of Washington Township. He is the owner of the northeast quarter of section 29, and the southeast quarter of section 20, in that township, together ten acres of good timber land in Yellow Head Township, Kankakee County, and one hundred and sixty acres in Jackson County, Minn. All this has been accumulated by him since he came to this country in 1863 and established himself on his first farm on section 20. The land of which he then took possession was in its primitive condition but is now one of the most productive estates in the county, marked with all needful improvements, as is the farm on section 29. 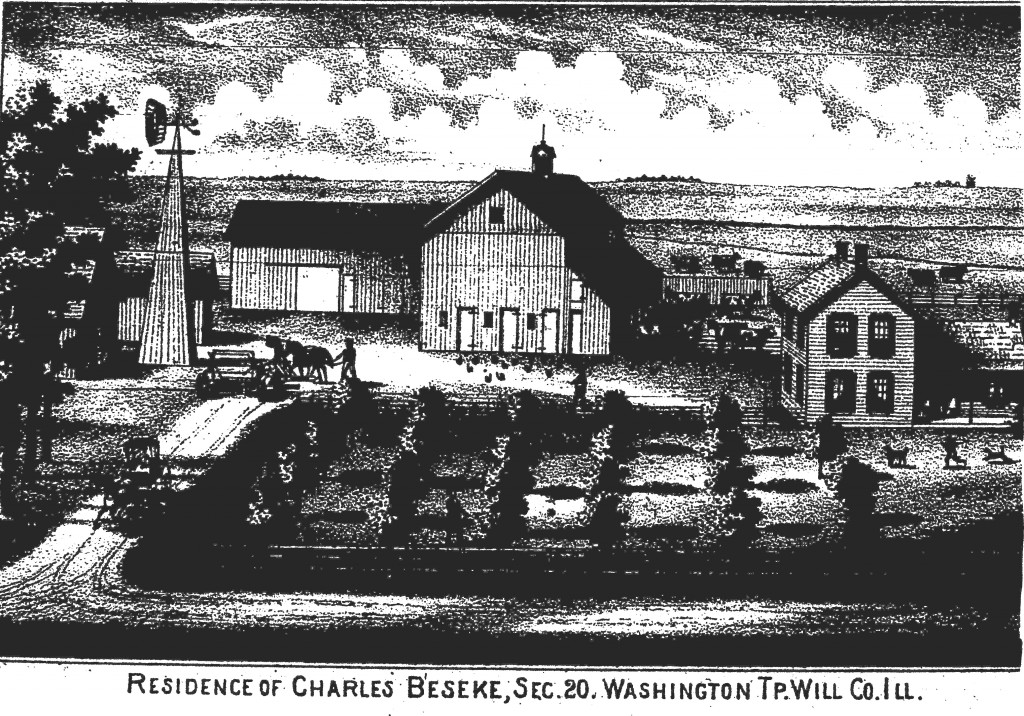 Mr. Beseke came to his county from DuPage County, in which he had lived for seven years and in which he began his life in America as a farm laborer at $90 per year. His earthly possessions at that time consisted of his clothes and $45 in money. With this capital and the education and training which he had received, he began the career which has resulted in the attainment of the property noted above and an assured standing in the financial circles of the county. 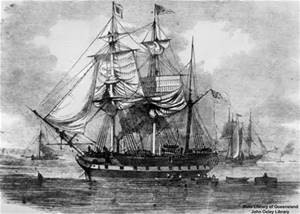 In the kingdom of Hanover the eyes of our subject opened to the light of day October 18, 1825. He began life for himself when about of age and in 1856 determined to seek a home in the New World, which he thought afforded better opportunities for an energetic young man of small means. Taking passage at Bremerhaven on a sailing vessel, he spent eleven weeks and three days on the broad Atlantic and after this tedious voyage landed in New York City. He at once came west to Chicago, and securing employment in DuPage County took up the labors whose result is so inspiring to others who are compelled to depend upon their own efforts and worldly success.

The parents of Mr. Beseke spent their entire lives in Hanover, Germany, living to quite a good old age. Their family comprised four sons, Charles being the only one who came to the United States. The others are yet living in their native land where they have acquired considerable property. One of them is an old soldier and officer of rank.

In DuPage County, Ill. Mr. Beseke led to the hymeneal alter Miss Laura Wagoner, an estimable young lady who was born in Baden, Germany, in the fall of 1837, but was quite young when her parents emigrated to the United States. They settled in DuPage County in early days, but after some years removed to Will County where they died when near the age of four-score. The two daughters born to them are now living in Will County.

To our subject and his wife eleven children have been born. Five died in infancy and a daughter Ellen after her marriage. The living members of the family are Conrad, who married Ellen Landgrader (Landgreder) and lives in Yellow Head, Kankakee County, where he carries on a mercantile establishment; Lena, wife of Louis Kerhoph (Kirchhoff), a merchant and farmer of the same town; Charles, George and Henry, who still reside under the parental roof.

In connection with this personal sketch of Mr. Beseke, we present a view of his pleasant homestead to which we invite the reader’s attention. Within his cozy residence, the many friends to whom years of close intercourse have bound himself and wife, are frequently entertained and are always sure of a hospitable welcome. 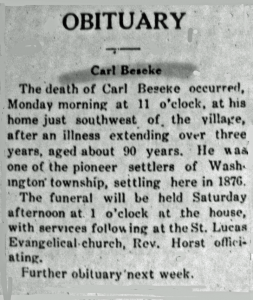 The death of Carl Beseke occurred, Monday morning at 11 o’clock, at his home just southwest of the village, after an illness extending over three years, aged about 90 years. He was one of the pioneer settlers of Washington township, settling here in 1876.

The funeral will be held Saturday afternoon at 1 o’clock at the house, with services following at the St. Lucas Evangelical Church, Rev. Horst officiating.

The funeral of Carl Beseke was held Saturday at 1 o’clock p.m., with a short service at the home and immediately after with services at the Evangelical St. Luke’s Church, Rev. Horst officiating. The funeral was largely attended by friends of the family and neighbors. The pallbearers were Messrs. Louis and Carl Kirchhoff, George and Conrad Kappe and Fred and Louis Beseke. The remains were laid at rest in the Beecher Mausoleum.

Carl Beseke was born Oct. 18, 1825, at Hanover, Germany. In 1856, when 31 years of age, he came to America, locating near Bensonville, this state. In 1859 he was married to Lora Wagner. To this union eleven children were born, five passing away in infancy. Ella, who was married to Henry Kappe, died at the age of 30 years. The surviving children are: Conrad, Alpha, MN; Lena (Mrs. Louis Kirchhoff), Sollitt, Charles and George, Beecher, and Henry of Alpha, MN.

Mr. Beseke was an old resident here, arriving in Beecher in 1863, where he had resided up to the time of his demise on March 16. In 1899, his first wife and mother of the children, passed away. He was married to Mrs. Dorothea Matthias on June 30, 1904. Mr. Beseke attained the ripe age of 89 years, four months and twenty eight days. Beside the sorrowing widow and children, 24 grandchildren and five great grandchildren survive.

It has been mentioned, but not yet confirmed, that Carl Beseke donated his farm land and dedicated it as the community cemetery around 1905.  At that time, it was known as “The Beecher Cemetery” now known as St. Luke’s Cemetery. We can only assume that the land where the Beecher Mausoleum sits was to be part of the community cemetery, but at some point, the mausoleum was separated from the cemetery and considered privately owned.