Once again, a historic spotlight will shine on the Beecher Mausoleum 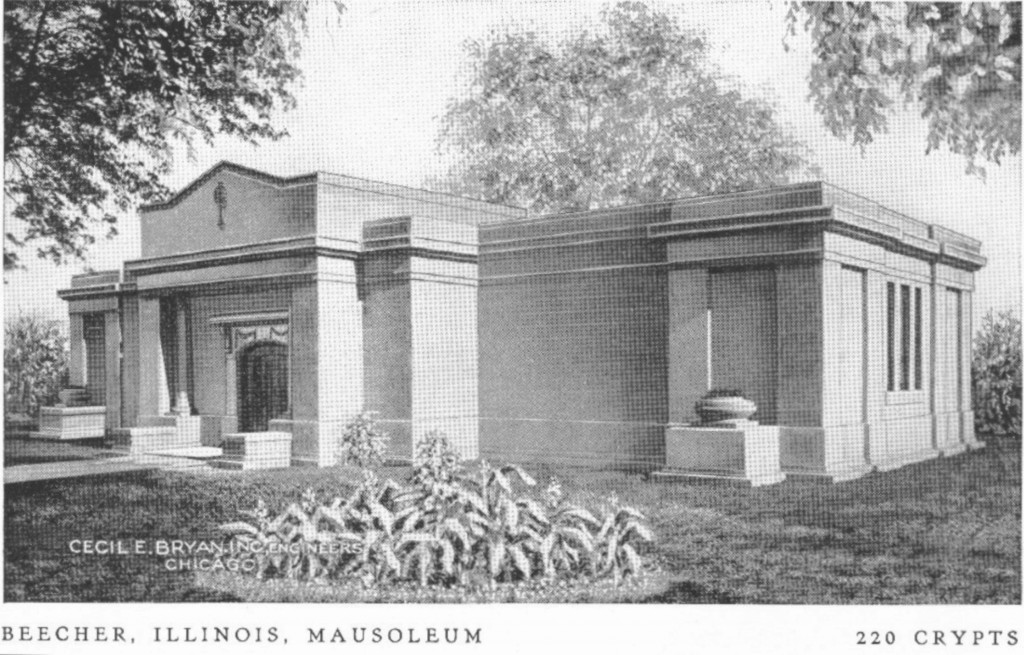 University of Illinois – School of Architecture to come to Beecher

Illinois Historic Sites Advisory Council Member Paul Kapp, who is also an associate professor of architecture and director of the historic preservation program at the University of Illinois at Urbana-Champaign, plans to focus on the Beecher Mausoleum for his upcoming Fall architectural class—Recording Historic Buildings.

In a July 28th letter to Sandra Thielman, President of the Beecher Guardian Angel Association (BMGA), the group that is currently overseeing the mausoleum restoration project, Kapp explained that students will measure and produce architectural drawings, plans, elevations, sections, and details of the Beecher Mausoleum. He said they will also produce field notes, sketches of their measurements, a brief historic structures report, and a detailed selection of photographs. This work will require him and his students to hold field trip sessions at the building, typically from 8 a.m. to 5 p.m. on Saturdays during September and October.

Once completed, the work will be submitted as an entry in a national competition sponsored by the National Park Service called the Peterson Prize.

When the work is completed, there will be an entire set of drawings and plans, a copy of which will be provided to the BMGA to use for reference. What a gift these will be to honor the Beecher Mausoleum’s centennial year. Any original drawings of the building have been lost from a century ago.

Thielman’s hope is that when the work is completed, perhaps some light could be shed on where the time capsule may be in the building, as referenced in a 1913 newspaper article.
The July 25, 1913 Beecher Herald stated, “A historical vault will be installed in the building, in which newspapers, including copies of the Eastern Will Union, Published here in 1879, and of the Beecher Herald will be filed away, also a history of Beecher and Washington township and a part of the county history will be deposited. Old relics such as Indian arrows or anything historical will be deposited bearing inscriptions descriptive of the article. The vault will be sealed and will not be opened for a period of years. One in an Indiana mausoleum was sealed and is not to be opened for 1000 years, but the extension of time here will not be as long as that.”

Kapp%20Headshot_1Kapp’s 2012 class submitted their work of the Illinois Supreme Court Building at 200 E. Capitol Ave., Springfield, in Sangamon County, where it won third place. The drawings and photographs for that project can be viewed at: http://www.loc.gov/pictures/search/?q=Illinois%20Supreme%20Court&co=hh

Thielman was thrilled when Kapp contacted her. “It is always a plus to receive recognition for this project,” she said, adding that this was a very worthwhile exercise. She was impressed by the work Kapp and his students did on the Illinois Supreme Court Building and said she would enjoy seeing information about the Beecher Mausoleum reside in the Library of Congress.