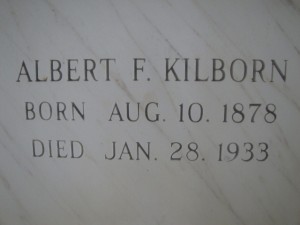 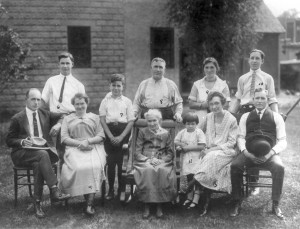 Albert F. “Biddy” Kilborn, 55 a well-known baker, and 30 year resident of Hammond, Indiana, formerly of Crown Point, died tragically Saturday January 28, 1933 at his place business. “Biddy” and two other colleagues started the Hammond Modern Bakery in 1912 at 34 State Street. From its small beginnings the bakery became one of the most modern plants in the Midwest, occupying three floors at the State Street address.

Upon coming to Hammond, “Biddy” worked at the Wells-Fargo Express Company prior to his becoming a baker. The Kilborn family is one of the oldest in Lake County, Indiana. 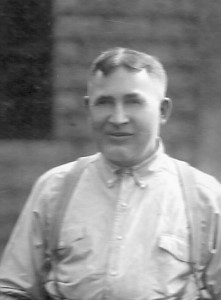 “Biddy’s Bread” for years has been the trademark of the company. The name just grew on the company, his partners said. Years ago, mothers sent their children to the bakery to get “Biddy Bread.” And so the name gained prominence throughout the region as the company expanded.

Throughout his life the deceased had been noted for contributions to numerous charities in the city. When the Great Depression became acute and necessitated the establishment of various relief agencies. “Biddy” willingly contributed bread and money while at the same time his own bakery was suffering heavily in the Hammond bank closures.

The deceased is deeply mourned by his widow, Elizabeth; a daughter, Marguerite, 15 years old, and a son, Charles, 24 years old, a grandson Richard, and two sisters, Mrs. Dell Baker, of South Chicago, and Mrs. Gertrude Klein, of Burdett, Kansas

He was active in the Elks, Moose and Modern Woodmen of America fraternal lodges.

(Editor’s note: Albert & Elizabeth Kilborn were moved to the Beecher Mausoleum after the Mausoleum where they were originally interred, located in Indiana, was so badly vandalized it was ordered demolished by the city. I believe it was in Crown Point, IN.)