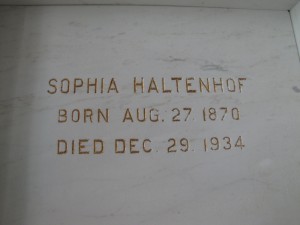 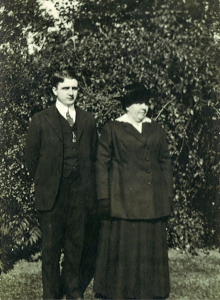 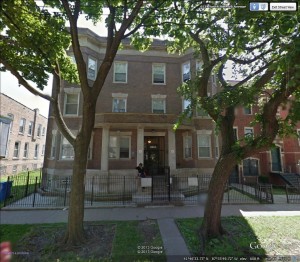 When William gave up farming in Washington Township, Illinois he and Sophia bought a 6-flat on Minerva Ave. in Chicago between 1910-1916.

Henry & Kittie lived in an apartment in William & Sophia’s building after they were married until they could get a home of their own.

Little is known about Sophia except that she taught her daughter-in-law, “Kittie E. (Ross) Haltenhof the old “Continental Style” of knitting.

Sophia’s granddaughter remembers Sophia sitting in the window knitting when they came to visit.

One thought on “SOPHIA HALTENHOF”