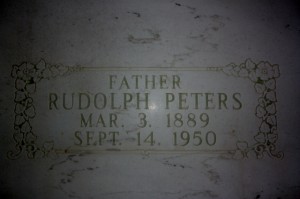 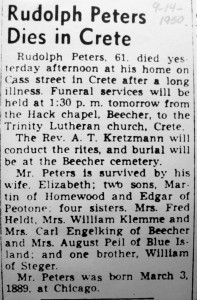 Rudolph Peters, 61, died yesterday afternoon at his home on Cass Street in Crete after a long illness. Funeral services will be held at 1:30p.m. tomorrow from the Hack Chapel, Beecher, to the Trinity Lutheran Church, Crete.

The Rev. A.T. Kretzmann will conduct the rites, and burial will be at the Beecher Mausoleum. 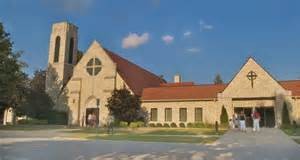 (Editor’s note: What Rudolph’s obituary does not mention is that he was listed as a farmer in the 1920 & 1930 census records and as Janitor for a parochial school in the 1940 census, at age 51. We believe it may have been the Trinity Lutheran Church in Crete) 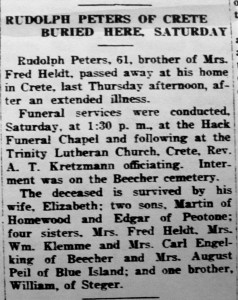 Rudolph Peters, 61, brother of Mrs. Fred Heldt, passed away at his home in Crete, last Thursday afternoon, after an extended illness.

Funeral services were conducted, Saturday, at 1:30 p.m. at the Hack Funeral Chapel and following at the Trinity Lutheran Church, Crete, Rev. A.T. Kretzmann officiating. Interment was in the Beecher cemetery.

The deceased is survived by his wife, Elizabeth; two sons, Martin of Homewood and Edgar of Peotone; four sisters, Mrs. Fred Heldt, Mrs. Wm. Klemme and Mrs. Carl Engelking of Beecher and Mrs. August Piel of Blue Island; and one brother, William, of Steger.

Rudolph’s family members also resting in the mausoleum are: