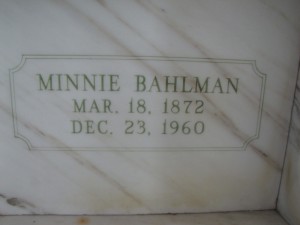 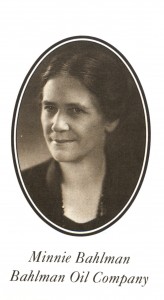 Minnie operated the bulk gasoline distribution center and service station in Beecher after Charles’ death in 1925. The company was then continued by her daughter Dorothy and her grandsons Herbert and William Saller. The Bahlman Oil Company was sold to Gas City Limited in 1995. 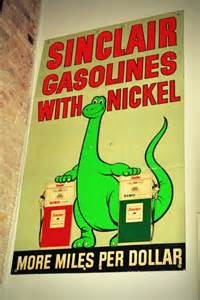 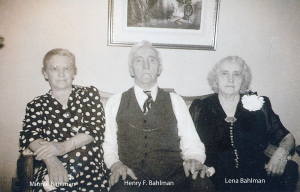 A letter received by Mrs. M. Bahlman, from the firm with which she has done business during her long career in servicing this community, as a distributor of oils, is a testimonial to her efficiency in operating the business for the past twenty-five years which her late husband founded five years before he passed away.

Mrs. Bahlman states that she has customers who have been served without interruption the entire thirty years and others who have been getting oil from her for the twenty-five years she has been operating the business.

She wishes to express her sincere gratitude to all of her many customers and to the entire community for the good will and cooperation that enabled her to carry on with such marked success over the quarter century. 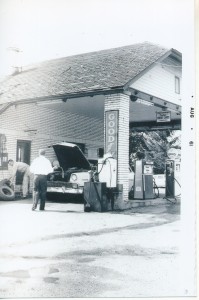 Following is the letter from the Sinclair Refining Company:

Dear Mrs. Bahlman:  Our records indicate that the Bahlman Oil Company started doing business with Sinclair on August 19, 1921, thirty years ago. Thirty years out of anybody’s life is an awfully long time. The fact that we have been doing business together for so long could be construed that either we have treated you very fairly in supplying you products and good service throughout this time, or you have been very patient people. Naturally we hope that the former assumption has a great deal to do with you maintaining your membership in the Sinclair family for such a long time. After such a long association, naturally we do tend to consider you one of the family. The only thing that we have to guard against is taking our old customers like you too much for granted.

I just wanted to tell you that we hold you and yours in the highest regard around here and are extremely happy and proud that you have stayed with us so many years, Sinclair Refining Company, D.G. Markley, Manager Wholesale Sales

The entire community deeply mourns the passing of Mrs. Minnie M. Bahlman, 88, who died suddenly Friday night at about 11:30 at her home on Miller Street.

Mrs. Bahlman was born March 18, 1872 in Washington township and was a resident of Beecher for over 60 years. 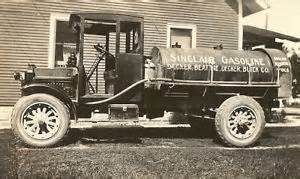 She was well known in business circles through her operation and ownership of the Sinclair bulk plant and service station which was started here in 1921 by her husband, Charles. At his death in 1925, she carried on the business successfully up to the present time.

Mrs. Bahlman was a member of the Beecher Chamber of Commerce, the Women’s Club and the Zion Ladies Aid and Dorcas Society.

Survivors include one daughter, Dorothy Saller, 3 grandchildren: 5 great-grandchildren and one sister, Mrs. Mary Harste of Crete. She was preceded in death by her husband in 1925: two brothers, two sisters and one grandson.

Services were held Tuesday at 2 p.m. from the Hack Chapel. Rev. Robert Kamprath officiated with burial in the Beecher Mausoleum.

Editors note: Minnie’s first born son was not mentioned in her obituary