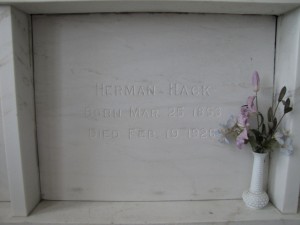 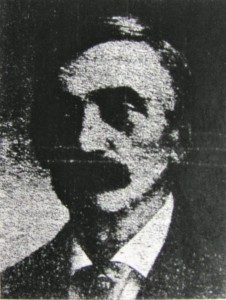 Grandfather to 24 grandchildren and one great-grandchild.

Herman Carl William Hack, son of John Christian Heinrich Hack and Friederika Sophia, nee Luth, was born March 25, 1853, at Hohen, Vicheln, Mecklinburg, Germany, July 20, 1864. He together with his parents and brothers and other relatives came to America, locating near Beecher. On April 5, 1868, he was confirmed by Rev. Reinecke at St. John’s church. On September 28, 1876 he united in marriage with Eva Ruge. This happy union was blessed with twelve children, of whom two – Henry, at the age of 15, and Cynthia, at the age of 2.5 years – proceeded the father in death. The surviving children are: Emma, Mrs. George Klein, Chicago; Minnie, Mrs. Maurice Howe, Chicago; Amanda, Mrs. Herman Graves, Crown Point, Ind., Alvina, Beecher; John, Peotone; William, Beecher; Talitha, Mrs. Wm. Becker, Goodenow; and Amelia, Malinda and Evaline, of Beecher.

After their marriage they lived for 13 years on the Hack homestead, southeast of Beecher. From there they moved to Cissna Park, where they farmed successfully for four years. Coming back to Beecher, they lived for one year on the so-called Many farm, then they resettled on the old homestead. 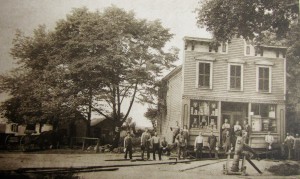 In 1912 he gave up farming and came with his family to Beecher, where he took over and successfully conducted his late brother Frank’s store on Indiana Street. 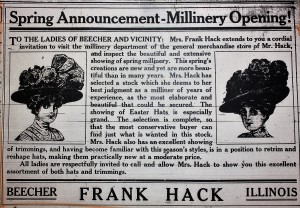 Retiring from this business on Jan. 1, 1923, he gave himself over to a peaceful and quiet life, enjoying to the fullest the two years of life still allotted him.

Warned at times of impending sudden death, it nevertheless came as a severe shock to his family and the community when on Friday morning, at 8:45, a severe hemorrhage brought his earthly life to a close, at the age of 72 years, 10 months and 24 days.

Those deeply mourning his passing are his widow, the above mentioned children, two brothers, Henry of Beecher and Carl J. of Calumet City, one sister, Mrs. Herman Loitz of Peotone, 24 grandchildren, one great-grandchild, and a large number of other relatives and friends.

Mr. Hack, an originality in many ways, and being, above all, honest and upright in all his dealings made and to the very last called many his warm and sincere friends. As a former member of St. John’s and later a member of St. Luke’s, he showed due understanding and appreciation of the service of the church and Christian religion.

Being a lover of children, one niece, Minnie Graves, was given a home with him sharing in the privilege of his own children.

He intended to celebrate the golden jubilee of his wedding in the fall of this year. God, however, ordained different in calling his servant home .