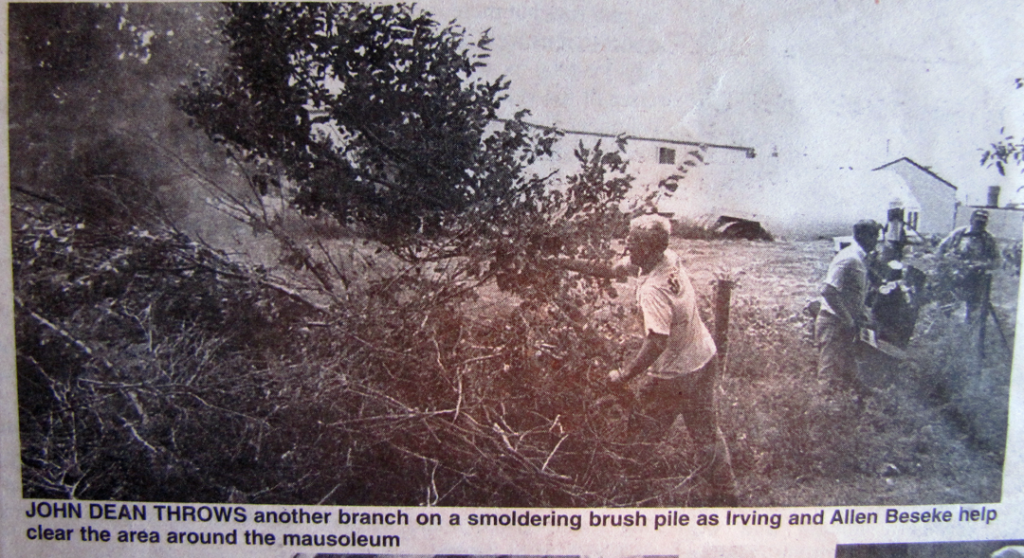 John Dean throws another branch on a smoldering brush pile as Irvin and Allen Beseke help. 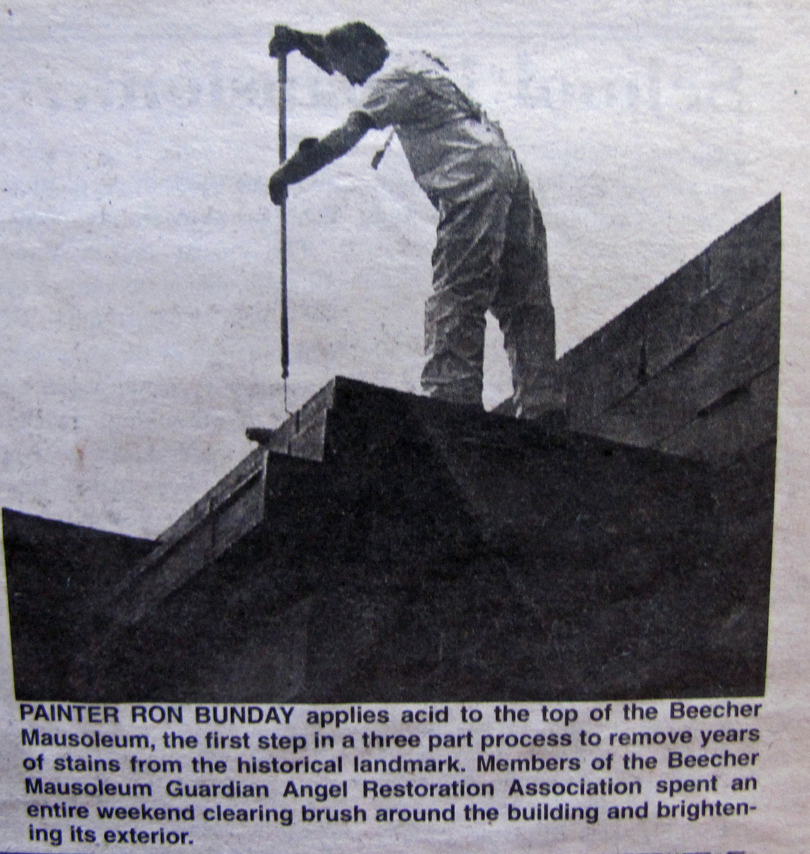 Ron Bunday applies acid to the top of the Beecher Mausoleum, the first step in a three part process to remove years of stains from the historical landmark. Members of the Mausoleum Guardian Angel Restoration Association spent an entire weekend clearing brush around the building and brightening its exterior. 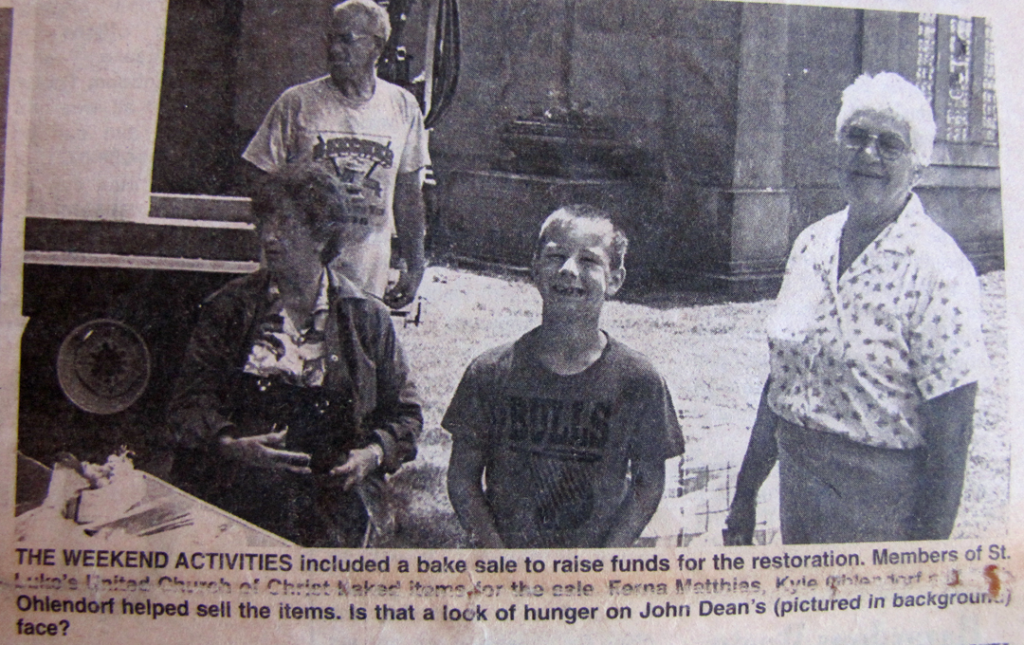 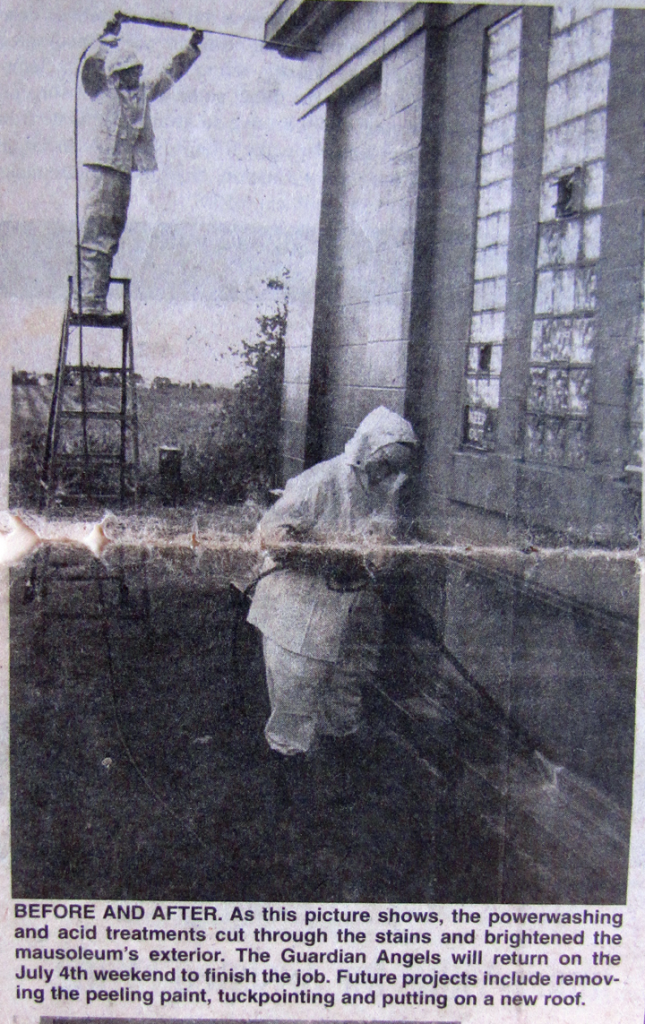 As this picture shows, the power-washing and acid treatments cut through the stains and brightened the mausoleum exterior. The Guardian Angels will return on the July 4th weekend to finish the job. Future projects include removing the peeling paint, tuck-pointing and putting on a new roof. 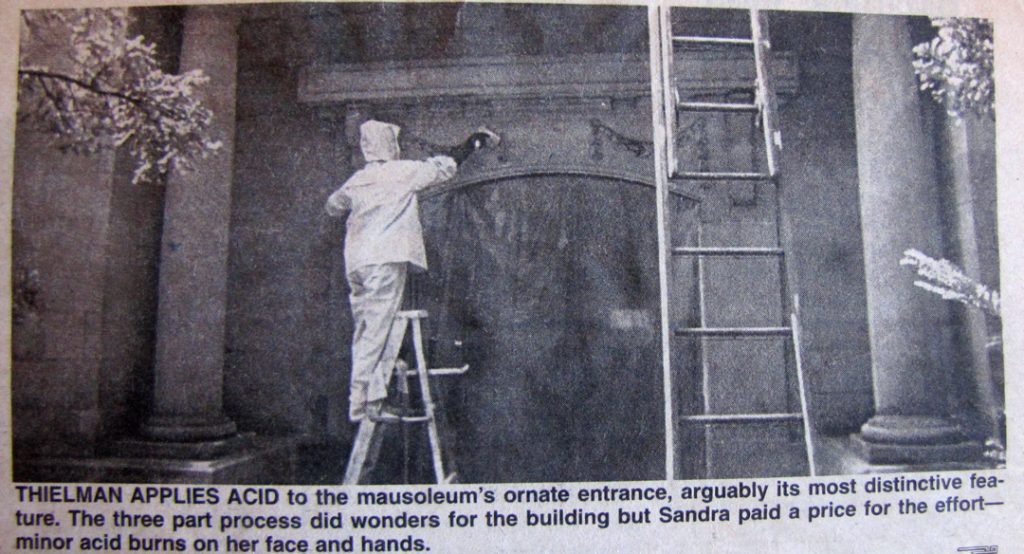 Thielman applies acid to the mausoleum ornate entrance, arguably its most distinctive feature. The three part process did wonders for the building but Sandra paid a price for the effort- minor acid burns on her face and hands. 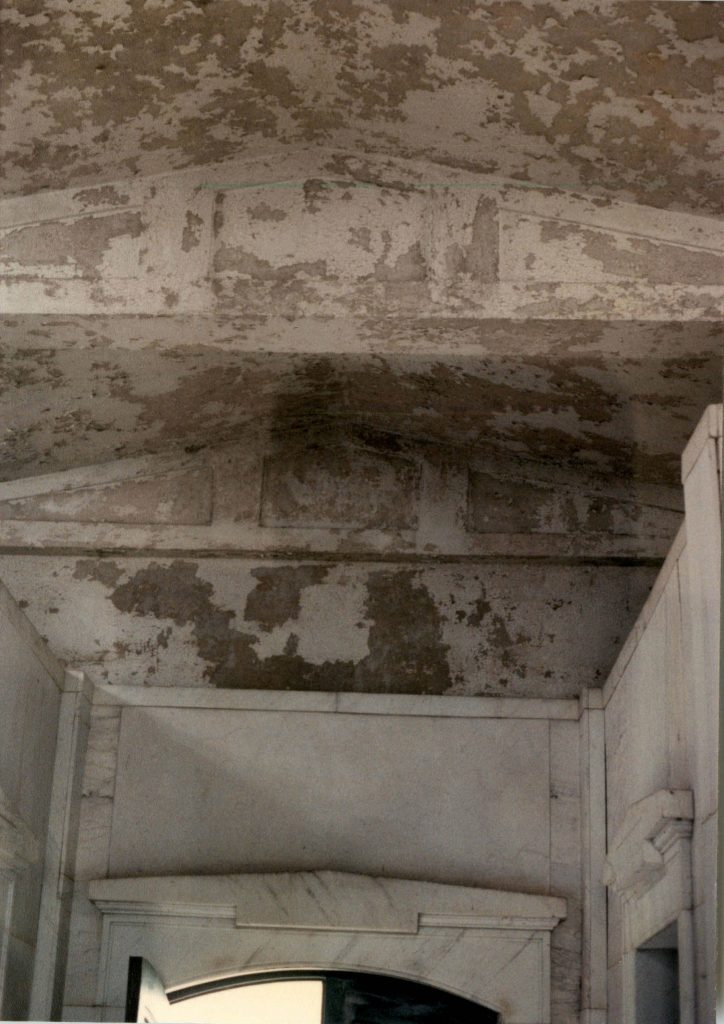 The Guardian Angels began restoration work on the inside but the peeling paint on the ceiling demonstrates that much more needs to be done before the group completes its efforts. People interested in helping with the work or donating funds can contact Howard Paul at 946-2339. 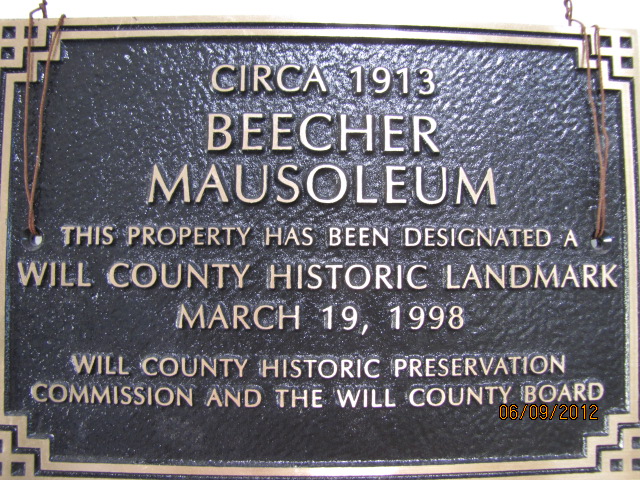 Years of neglect and vandalism have taken their toll on the mausoleum, which was recently designated as a historical landmark by the Will County “Historical Society” Historic Preservation Commission and the County Board. The mausoleum was constructed by Henry Thielman in 1913 and interred some of Beecher’s founding fathers. 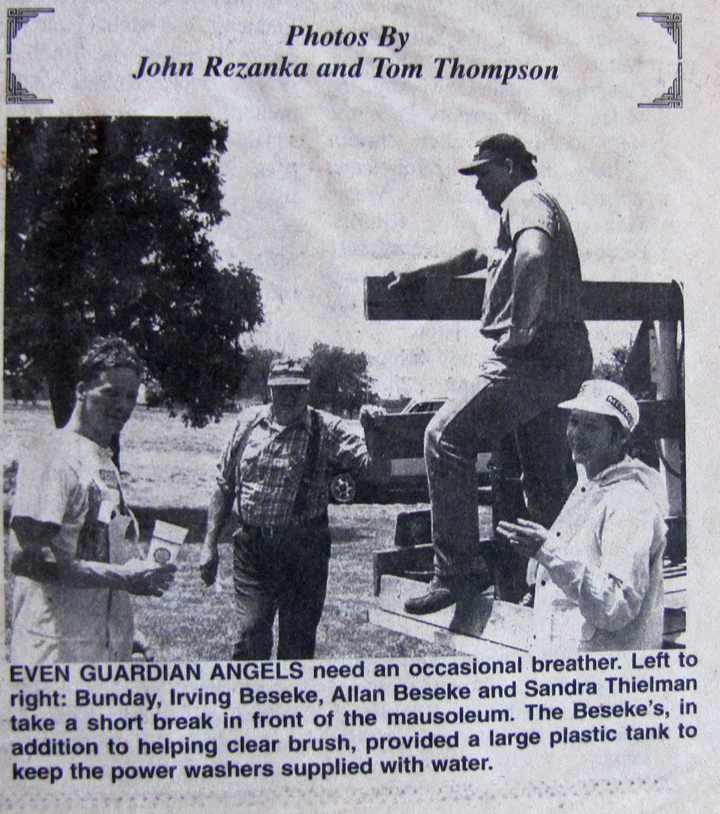 Even Guardian Angels need an occasional breather. Left to right: Bunday, Irving Beseke, Allen Beseke and Sandra Thielman take a short break in front of the mausoleum. The Besekes’s in addition to helping clear brush, provided a large plastic tank to keep the power washers supplied with water.