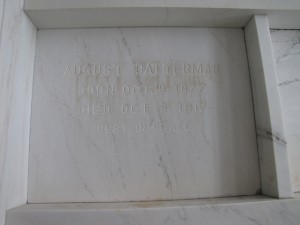 Bolt of Lightning Struck About Mid-Night and Fire Illuminated Sky

During the storm of Saturday night, lightning struck the barn of August Batterman, who lives near Krensburg, Indiana, about twelve miles from Beecher, and besides burning down the barn, hen house and cow shed, a horse, belonging to the hired man, and a show bull, belonging to Mr. Batterman, perished. Eighteen tons of hay were also burned.

It was with much effort that the house of Mr. Batterman was saved, and had it not been for the change in the wind, he would have undoubtedly suffered the loss of his home.

The loss is a severe one at this time, being in the midst of haying and just before harvest, and also from the fact that it is the second misfortune which has befallen Mr. Batterman in the past few weeks. It was only a short time ago that he had the misfortune of fracturing an arm from falling off a wagon at Eagle Lake. 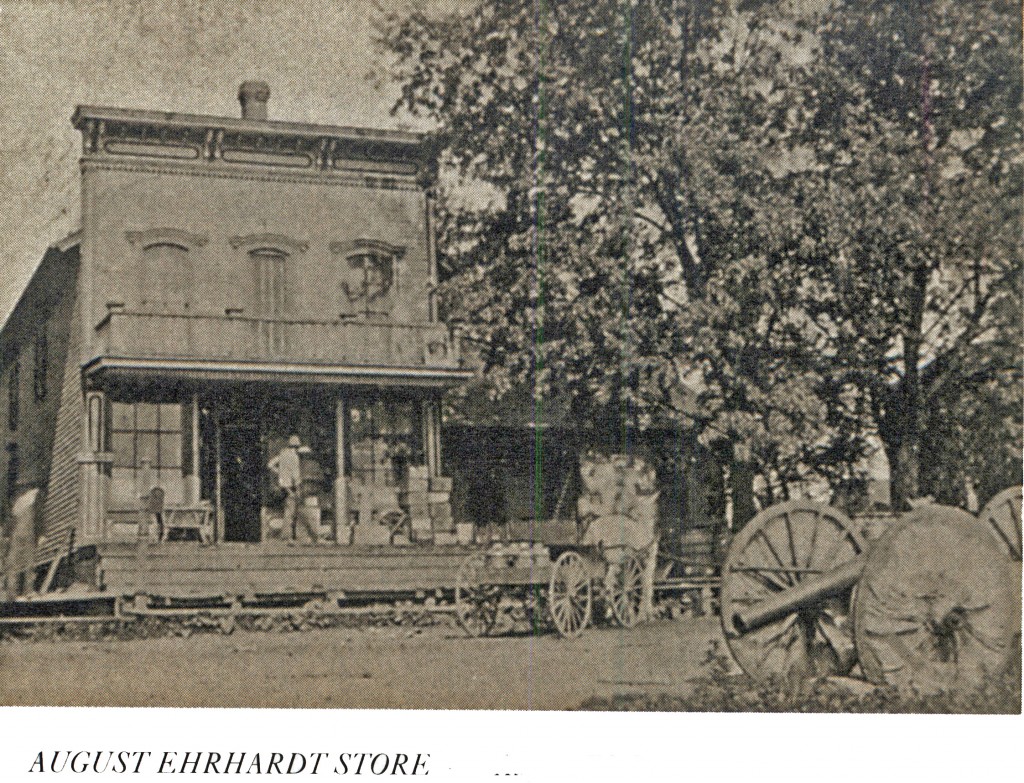 On Monday, an important real estate and business deal was consummated, when the August Ehrhardt estate general merchandise store was sold to August Batterman, the famous auctioneer.

The Ehrhardt store is one of the oldest business stands in Beecher, and had been conducted since 1880 by the late August Ehrhardt. The store is one of the best known in Eastern Will County and has had a good steady patronage in all the years of existence, being a central trading point in this section of the county.

Mr. Batterman, the new proprietor, has been a resident of Beecher the past couple of years, is a graduate auctioneer and a wide awake young man. We believe that if he gives the business of the store the attention it deserves, it will retain the reputation of being one of the leading trading places in the eastern end of the county. He will follow the same line of merchandise and continue the market feature, which was recently inaugurated and has so far proved a very profitable adjunct to the business. We understand Mr. Batterman will take possession the first of August.

We did not learn the consideration of the deal, but understand that Mr. Batterman’s farm, near Dyer, Indiana figures in the transfer.

The community was shocked, Monday morning, when it was whispered about that August Batterman was dead, as few, if any, of our people knew of his illness.

Mr. Batterman was up and about his place of business on Saturday, and on Sunday he entertained his brother, Henry, of Chicago Heights, who returned home Sunday evening. He had not been feeling well and Dr. Van Voorhis was summoned. There was no immediate cause for alarm, although the doctor advised him to keep quiet. Later in the evening, he was stricken and died at 6:30 o’clock, Monday morning.

August Batterman was born October 9, 1877, at Hanover, Indiana, and was confirmed at Zion’s Evangelical Church at that place April 10, 1892. On October 13, 1901, he was married to Miss Minnie Meyer. To this union three daughters were born – Hazel, Florence and Helen.

After farming about twelve years, in 1912, he and his family came to Beecher.  In July 1914, he purchased the August Ehrhardt general merchandise store, which business he had conducted successfully up to the time of his death. August, prior to purchasing the August Ehrhardt store, was known as “The Famous Auctioneer.”

During Mr. Batterman’s time in Beecher he had made many staunch friends and in his business he built up a large trade. He was honest and fair in his dealings with his customers and they became his lasting friends. He was a devoted husband and father and was a good citizen as well as business man.

The funeral, which was held this afternoon, was one of the largest ever held in St. Luke’s Evangelical Church, despite the cold drizzling rain. Services were held at 12 p.m. at the residence and at 12:30 at the church, Rev. G. Horst officiating. The body was interred in the Beecher Mausoleum. The floral designs were very numerous and beautiful. The pallbearers were: Messrs. William Werner, Emil Klein, Henry Wehmhoefer, D. Wiechen, Charles Bahlman and R.H. Wegert. Out of respect for the deceased, the business houses in the village were closed during the funeral.

The Beecher Herald joins with the entire community in extending deepest sympathy to the sorrowing relatives.